Inline hockey is one of the fastest growing sports in the world. Players of all ability levels, children and adults of both sexes, are drawn to the game because it’s fast, it’s competitive and above all, it’s fun.

Inline skating provides many physical benefits including; improving cardiovascular health, strengthening, muscle toning, calorie burning, developing better balance, coordination, and agility, and finally, it is low impact on the joints! Inline hockey is a fast way to develop your inline skating skills and build on your overall fitness! 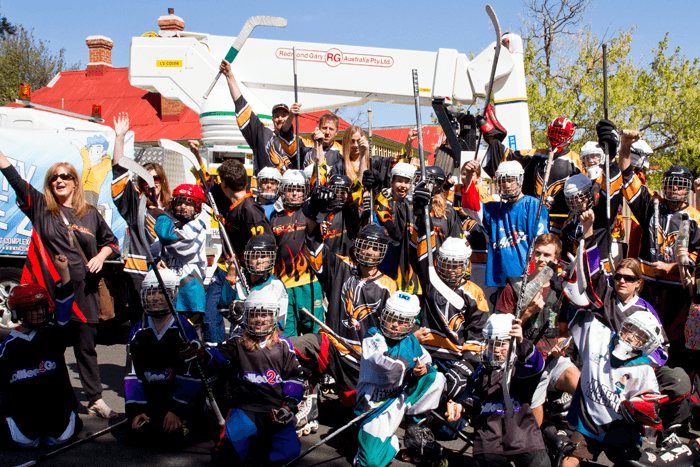 Bendigo Blaze Inline Hockey Club was formed in 2007 and is based at The Zone. The club consists of Junior and Senior Development Squads giving players access to the Melbourne League and creating opportunities for selection in Victorian and Australian representative teams.

Bendigo Blaze is run by a committee of volunteers and is affiliated to Skate Victoria. The club boasts coaches and players who have represented the sport at both State and National Levels.

If you would like to be a part of this very fast and competitive team sport, then The Zone & Bendigo Blaze is here to help you. Whether you are interested in social weekly games, or aspire to the higher more competitive and intense levels, The Blaze can cater for your level of involvement.

Get involved...
COME AND TRY